OBADESIGNERHelping other designers grow through my contents 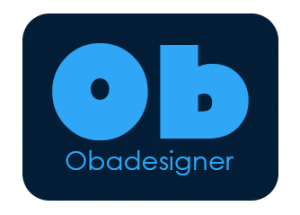 What are the 3 types of web design?

What makes a blog successful?

Should I Start with UI or UX?

Identifying the Seven Elements of Design

What Makes up a Design’s Elements?

Shape, color, space, form, line, value, and texture are just a few of the fundamental components of any visual design known as the elements of design. To produce an image that may elicit a variety of emotions, provoke a certain mood, or attract attention in a specific direction, graphic designers utilize design components. While the foundational pillars of every picture are the design elements, designers also rely on the design principles, which are a set of guidelines for using the design components in a way that results in compositions that are aesthetically pleasing.

The Elements of Design

Any visual piece of art, whether it be for interior design, a logo, an advertising, or online design, should take into account a number of graphic design components. Design’s fundamental components are:

adminhttps://obadesigner.com
Hi there! Designing is my profession. It's my responsibility to guide you to the information you need while ensuring that you enjoy yourself. Let's add some enjoyment to the routine.
Previous articleHow to Begin a Career as a Web Designer
Next articleGraphic Design Choices to Consider for Your Creative Career

How to Restart Your Designing Career and Find Inspiration Feeling stuck in your creative process? Do you have trouble coming up with new ideas? If...

Graphic design theory is a challenging subject since there are so many concepts, components, and rules that you must abide by in order to...

What are the 3 types of web design?

Helping other designers grow through my contents